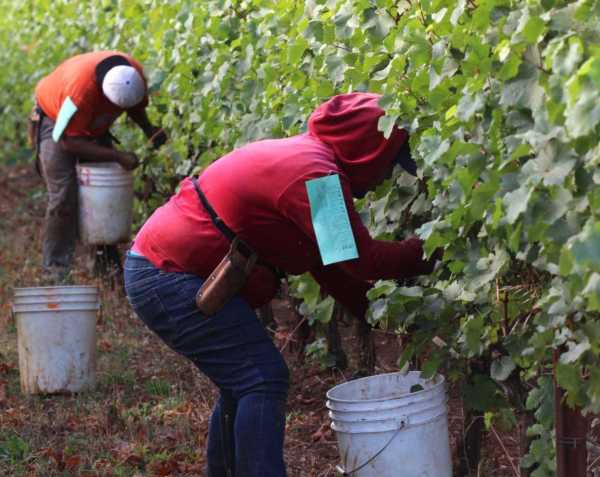 Less than two months after AHIVOY’s wine industry professional training began, it was abruptly paused on March 13, with one week left in the first term, when the coronavirus forced the closing of Chemeketa Community College in Salem. In the interim, planning and fundraising
have continued in the manner that evidences the determination and resilience that has characterized the Asociacion Hispana en la Industria
Vinicola de Oregon since its inception less than two years ago. In addition, AHIVOY has been increasing the awareness in the Oregon wine
industry of the benefits of the training for their vineyard stewards, the suitable designation adopted for the participants. Jessica Sandrock, a member of the education committee and coordinator of programs and grants, wrote in an e-mail: “All students are expected to return. Eleven vineyard stewards started the program in 2020. Ten will be able to complete the program. We are sad to share that one of the students, Ben Hernandez (Lange Winery) lost his battle with cancer and passed away in August.” When I spoke with him on the first day of class in January, Hernandez had said he wanted to become a manager.”